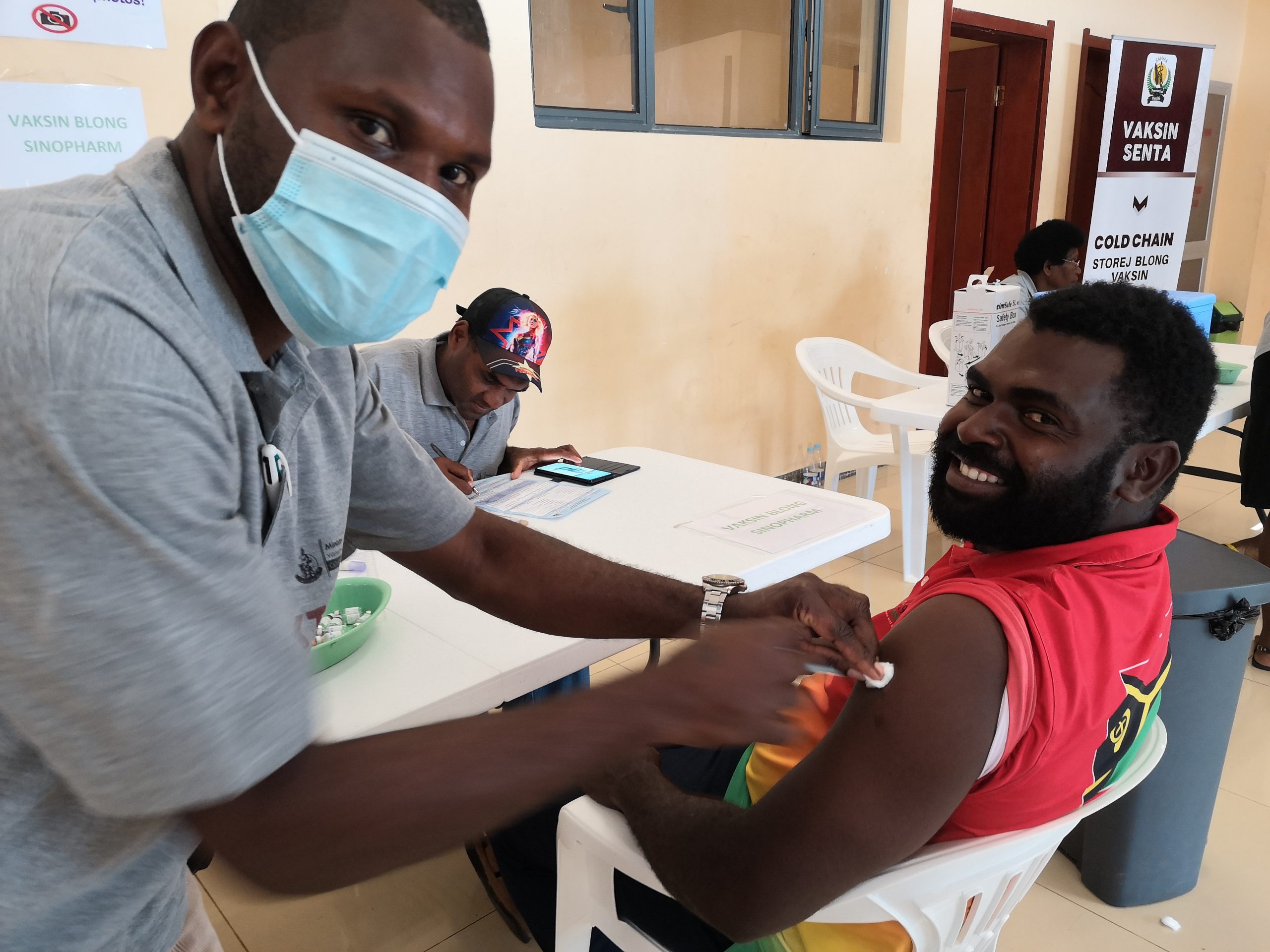 In northern Sanma Province, almost 15,000 people aged 18 and over have now either had their first jab, or are fully vaccinated.

The province’s Health Emergency Operations Centre says since the start of COVID-19 vaccinations in Sanma in late August, a total of 14,955 people had been partly or fully vaccinated against COVID-19.

The COVID-19 Vaccine Supervisor in Sanma, Basil Wai, says in Luganville, first dose vaccinations of AstraZeneca will only be available up until 8 October; and second doses until 17 December.

He says first dose vaccinations of the Sinopharm vaccine to the Luganville area will only be available until 26 November; and second doses until 17 December.

Mr Basil said this means people in the Luganville area aged 18 and over who want to get the AstraZeneca vaccine, must get their first dose at the Ports and Harbour Terminal by 8 October.

He says after that date people will not be able to receive the AstraZeneca vaccine in Luganville.

“After 8 October, if they want to get the AstraZeneca vaccine they will have to travel to Malo Island or South Santo where it will be available from 11 October onwards,” he said.

“However, people will still be able to get the first dose of the Sinopharm vaccine at the Luganville Ports and Harbour Terminal up until 26 November,” he said.

“And, second doses of AstraZeneca will still be available at the Luganville Ports and Harbour Terminal up until 17 December.”

Mr Wai says in rural Sanma the COVID-19 vaccination team have already delivered vaccines in East Santo and are now administering them in the Canal Fanafo area.

He says on 11 October, the team will start dispensing vaccines on Malo Island from the Avunatari Health Center in West Malo and will then move onto South Santo.

So far there have been no reports of serious side effects of the vaccines in Sanma Province.

COVID-19 vaccination continues at the Ports and Habour Terminal in Luganville Town. Photo: Steeve Ayong
NEXT

Send your media releases and news tips to news@vbtc.vu

No fix on Vila hospital pollution of lagoon